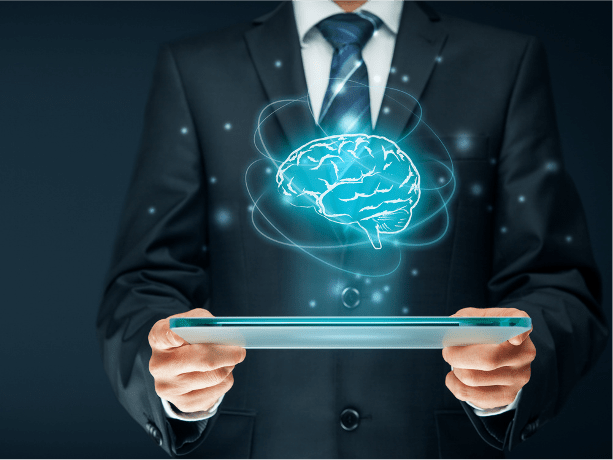 We’re all familiar with the idea that machines can do certain repeatable activities faster than humans while also delivering accurate and predictable outcomes. Robotic process automation (RPA) was an early-starter in this field by automating rote tasks with relatively straightforward, rule-based bots and agents. RPA has been leveraged to automate repeatable tasks using structure inputs and logic and has gained usage for tasks like e-discovery, due diligence, file processing, and billing. Recently, machine learning and artificial intelligence applications have been gaining ground in automating more complex processes using unstructured inputs and their logic.

RPA is an important part and highly functional element of an organization’s automation process. For example, if you receive an email in response to a web click, this is usually due to an RPA tool. RPA is bound by its intrinsic design. It is not meant to be adaptable or intelligent and cannot react to any changes without substantial intervention. RPA isn’t appropriate for many legal field processes that are often complicated, routine, repetitive, and stable or that require intelligent, intuitive decision-making, and it can never compare or achieve the true intuitive, evolutionary capabilities of AI.

AI and ML technologies are on the opposite side of RPA technologies and are anything but static, as they are engineered with complex algorithms to replicate intuitive user activity and improve over time. The best part of AI is that it allows for tasks to be automated that do not conform to a fixed set of rules, where user inputs trigger ongoing adaptation, and where new data reshapes the way tasks are completed. As opposed to RPA, AI and ML tools are on a constant learning curve that is accelerated by frequent human supervision and refinement of the tool’s response to data.

AI in the legal industry

AI has gained traction in the legal field over the past decade, with it first being used in technology-assisted review (TAR) in e-discovery. But there is still significant room for growth. AI has the potential to play a transformational role in the legal field. A 2019 report by CLOC showed that 45% of firms were exploring AI, while 18% were currently using AI. Another survey in 2020 by Altman Weil, Law Firms in Transition Survey for 2020, suggests that facing a market that has already changed, clients will push for new strategies to create winning outcomes, including improvements in pricing, staffing, and using more sophisticated technologies. These trends indicate that there will likely be an uptick in AI usage as firms seek to achieve increased efficiencies in cycle time and reduced costs.

For example, in high-volume contract review, reviewing and negotiating contracts takes time and money. Lawyers are constantly reviewing and billing for work that has been done and billed previously. Contract review is tedious and repetitive and an even more acute problem at scale due to its frequent interactions. Automated contract markup offers a solution as contract language is perfect for automation due to its repetitive and formulaic nature as opposed to natural language. Powerful machine learning algorithms are able to capture a user’s negotiation playbook and continuously learn from user preferences. As a result, suggesting revisions to future contracts under review by other users in the same organization while also allowing historical contracts to become an institutional knowledge dataset. Like TAR for document review, automated contract markup can deliver as much as a 68.9% reduction in review time than in-person review while also solving an ongoing and unpopular problem of tedious, repetitive contract review.

As AI evolves to support lawyers further in complex everyday tasks, it emphasizes the limitations of static RPA solutions that are not able to scale beyond routine and straightforward processes. Enhancing RPA tools’ capabilities with AI and ML requires complex and burdensome retrofitting which can’t go beyond the original design restrictions. Despite this, RPA has its place in the arsenal of automation tools.

AI is rapidly evolving to become a more important strategic tool for the legal industry. While AI has been described as a form of technology that can replace human labor and automate from end to end a process without a human involved. Lawyers should not be afraid that AI will replace them, but lawyers who use AI will replace lawyers who don’t.