Building a Culture of Continuous Improvement with Legal AI Technology 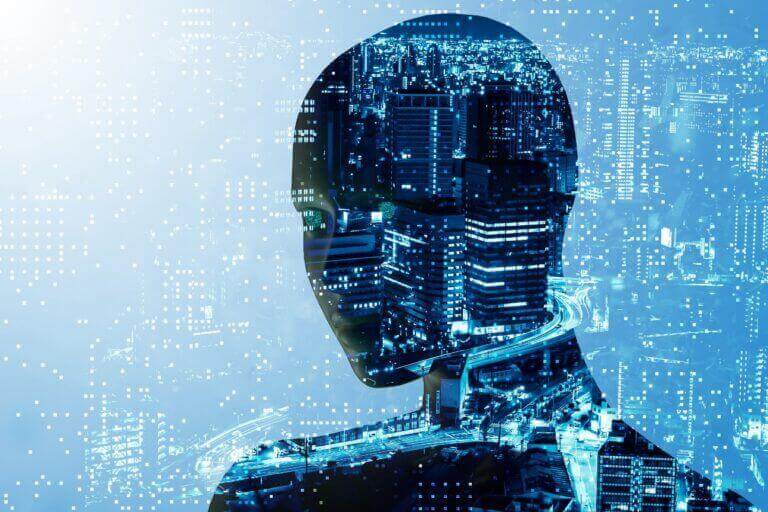 A great deal has been written about the importance of organizational cultures to both the bottom and the top line. It is received wisdom that those with strong cultures often outperform those with weak or even toxic cultures. As they say, “culture eats strategy for breakfast”.

Richard Tromans, the founder of Artificial Lawyer has recently written extensively on this subject, more specifically about legal technology implementations and their mixed success, under the title of “culture eats legal tech for breakfast” (part 1 and part 2).

A culture of continuous improvement: A foundation for high-performing organizations

Strong cultures, regardless of industry or vertical, tend to share some common attributes such as:

This list is by no means comprehensive, but many of these factors are found in high-performing organizations.

As we look further into the last of these – continuous improvement, we need to ask how a company can instill a culture that supports this and specifically how it relates to the legal department. Continuous improvement is built upon the belief that complacency is the enemy of progress and that resistance to change sets back all efforts to move forward.

Again, much has been written on continuous improvement and there are several models which can be used to define, implement, and measure it. Kaizen, Six Sigma, and other methodologies have proven particularly useful for manufacturing and process-oriented businesses, but have also been valuable in other fields, such as the construction and oil and gas industries. One model, developed by KaiNexus outlines 6 core guiding principles. We will examine these and see how they can be applied within the legal function and how contract review AI tools such as BlackBoiler can support this culture of continuous improvement.

1. Improvements are based on small changes rather than major paradigm shifts or new innovations.

The legal function is known for being late to the technology party and digital transformation. However, we have seen in the last few years a real shift in thinking about technology implementation. The resistance to change among lawyers is waning. But many are reluctant to embrace the change and need to be guided along the legal technology journey to improve efficiency and efficacy. Trying a big-bang approach such as implementing a company-wide contract lifecycle management (CLM) system will often not be embraced fully by all stakeholders. A good way to start this approach to continuous improvement is to tackle change incrementally. In the case of legal technology, this could well mean implementing a very targeted set of capabilities aimed at improving one aspect rather than trying to bite off the elephant. For our clients, it is to focus on one of the more costly and time-consuming aspects of the contract lifecycle, that of contract review and negotiation. Using AI to automate as much of this step as possible proves to be a worthwhile incremental improvement to the legal function.

2. Ideas from employees are valuable

If continuous improvement is to become embedded in the culture of the organization, then it requires buy-in and focus across all departments and functions. Within the legal department, it means allowing the voices of all to be heard and perspectives considered. We have already noted the growth of legal ops in forward-thinking legal departments, and indeed many legal ops professionals are ex-lawyers or as a minimum hold some legal training or law degrees. A willingness to listen to these professionals by the senior legal leadership (GC, AGC, CLO, etc.) must become embedded in the culture of continuous improvement. Most of the role of legal ops today is founded on technology implementation and innovation. Listening to them, especially when it comes to advanced technology such as AI, is a necessity if this concept of continuous improvement is to flourish.

Clearly, incremental improvements are going to be significantly less expensive than a big bang approach, and as we have argued elsewhere, more likely to lead to a quicker ROI. Within the last five years or so, technology has accelerated massively, and the costs are surprisingly affordable. In most cases, contract automation software is a SaaS offering that is priced based on usage, allowing users to scale up, scale down, scale-out, or even scale off of the service. Technologies like BlackBoiler are at the cutting edge of contract AI deployment and are capable of processing vast quantities of data, locating patterns, and identifying deviations from corporate standards, such as playbooks and clause libraries. As computing power becomes ever cheaper the cost of implementation is reducing correspondingly. It is more cost-effective to scale technology than scale humans, and we are increasingly seeing a mixed team of legal professionals and AI, with the latter doing most of the grunt work, letting the former focus on the higher-value activities.

4. Employees take ownership and are involved in improvement

Employees must be involved not only in coming up with ideas for continuous improvement (as outlined in #2 above) but also in their implementation and ultimately accountable for the result. To drive such a culture, employees need to be able to see how their efforts contribute to the overall goals of the organization, and they must buy into the aspirational nature of their work.

We have seen end-users of our contract promote AI internally and cheer-lead the incremental improvements they are seeing with BlackBoiler. The more accurate the AI is, the more employees trust it. This is a virtuous circle, the more the AI learns about the contract negotiation process, the better it becomes at automating the redlining of the contract and thereby making the negotiation process quicker and more accurate. With the establishment of a recognized function (legal ops) within the legal department, ownership of specific improvement cycles can easily be assigned and those employees in legal ops given ownership and accountability.

In keeping with the analogy of the first meal of the day, Ken Blanchard, a leadership guru, once said, “Feedback is the breakfast of champions.” Feedback is the fuel that should start the day and set us up for quality performance. And so, it is with continuous improvement. A function or department needs to know whether its actions are having an impact. One of the hallmarks of continuous improvement is incremental change (#3 above), but sometimes it can be difficult to get quality feedback if the pace of change is incremental. This is quite hard for humans. However, it is not hard for machine learning applications. The concept of continuous learning is inherent in the way AI works. It is constantly looking to see how accurate it is when it comes to course corrections and does it with lightning speed. In BlackBoiler’s case, the AI and machine learning technology continuously improves after every use, becoming more in line with the playbooks – taking feedback and continually improving to become more accurate.

Perhaps the single most important guiding principle of continuous improvement is that of measurement. Management thinker and author Peter Drucker supposedly said, “If you don’t measure it, you can’t manage it.” It is debated whether he actually said that or had a more nuanced commentary on it, but it stands to reason that the more you measure something, the better you can make decisions to improve it. In essence, the more data you have, the better your insight. While the AI at the core of BlackBoiler is constantly improving accuracy in response to the data it receives, the human half of the team requires more explicit feedback that can be easily digested, and appropriate actions are taken. Dashboards that show how the system is performing are important to quickly identify any problems or concerns. These need to be intuitive and easy to use. Improvements must be measured to ensure they are indeed continuous, especially when they are incremental and may not be visible for a short time.

Summary and Call to Action

In 2019 the Futurist Jim Carroll coined the phrase “think big, start small and scale fast.” Legal departments need to think big. Legal technology offers a bright future. A certain degree of end-to-end digital transformation is within reach today for most legal processes. While legal departments have yet to wholeheartedly raze their current work practices to the ground and replace them with technology solutions alone, most in-house teams are implementing some form of advanced legal technology based on AI and looking to see what improvements they can garner. Many are starting small – applying point solutions to a specific difficult process (e.g., applying contract automation tools to the contract review process) and measuring improvements over time. Finally, those that are seeing these improvements are scaling fast. For example, contract review is not only the domain of the legal department. This covers the buy-side and sell-side who deal with contract negotiations every day (sales reps, buyers, procurement pros, etc.), scaling to bring them into this journey of continuous improvement is also extremely necessary, if the promise of legal AI is to be realized. So, if you are a legal ops professional and part of the corporate legal department what can you do to further this culture of continuous improvement? At BlackBoiler we believe you can be the catalyst. You can bring your innovative thinking and your knowledge of legal technology and AI to the table. But you need to be vocal! Expose the lawyers and the senior legal leaders to the promise of the new ways of working. Let them see what a legal function might look like if small, incremental, inexpensive steps are taken, a great deal can be achieved and lead to raising the importance of the department. Truly then, legal will be seen as a strategic lever for the business.